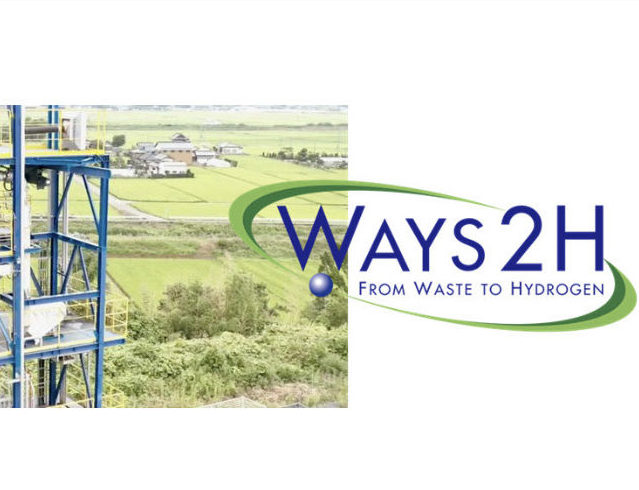 FuelCellsWorks publishes our CEO’s article on how the waste sector could benefit from the use of our technology and mitigate its climate impact.

By Jean-Louis Kindler, published by FuelCellsWorks

As more U.S. states pursue aggressive greenhouse gas and waste reduction goals these problems should be looked at as interconnected systems.

Using promising next-generation technologies that haven’t yet been scaled up and utilized to their full potential can help address climate change, waste issues and air quality.

The growth of unrecyclable plastics, and an increase in the use of face masks and other personal protective gear amid the COVID-19 crisis, calls for new, sustainable disposal strategies. Sustainable disposal of medical waste – as doctors’ and dentists’ offices reopen, and elective medical procedures come back – should also be a priority.

Converting solid waste into hydrogen is a key technology that can greatly reduce emissions, scientists at Lawrence Livermore National Laboratory concluded in a recent report. If carbon capture and storage is added, according to that report, advanced waste-to-hydrogen technology can produce negative emissions.

Carbon negative strategies like these are critical for governments to reach their emissions reduction goals and for the world to transition to net zero-carbon and limit global warming to 1.5 degrees Celsius above pre-industrial levels, according to the Intergovernmental Panel on Climate Change (IPCC).

Next-generation thermochemical processes convert solid waste – including plastics, medical waste, municipal solid waste and wastewater sludge – into hydrogen without incinerating the waste. The carbon dioxide produced during the process – which is equal to the amount of carbon in the waste feedstock – can be easily captured and stored or utilized to make new products using technology that is commercially available today, at costs that are continuing to fall.

Existing renewable energy sources such as solar and wind power, and battery-electric vehicles won’t be enough to decarbonize the world economy, Bloomberg New Energy Finance recently concluded. Hydrogen is a “clean molecule” that is versatile, reactive, storable, transportable, clean burning and can be produced with low or zero emissions to help the world transition from fossil fuels, according to the report.

With the rise in production and sales of hydrogen fuel-cell vehicles and power generators, the technology is entering a new maturation point that could encompass both mobile and stationary storage options. Industries that have a waste profile and a continuous need for fuel, such as hospitals, can also benefit from waste-to-fuel, particularly if they have emissions reduction or other sustainability goals. This makes it an ideal deployment option for waste processors, ports, industrial facilities, hospitals and other campuses.

Clean hydrogen produced from solid waste could also provide a major source of clean fuel to help companies reach their zero-emission goals, particularly as more companies seek to replace diesel-fueled trucks and other equipment with zero-emission vehicles. Amazon, Walmart and other giant retailers are replacing diesel-fueled forklifts and trucks with fuel-cell vehicles that run on hydrogen. The switch helps the companies reach their corporate sustainability goals, while taking advantage of advanced technology that will likely be cheaper than conventional petroleum fuel someday.

Renewable hydrogen produced by splitting water molecules using solar or wind power, in a process called electrolysis, is promising, but it won’t be sufficient to produce the vast amount of clean hydrogen the world needs. Producing hydrogen through electrolysis produces zero carbon, but is not carbon-negative like producing hydrogen from waste and biomass and adding carbon capture and storage or utilization. Sourcing solid waste to produce renewable hydrogen and other fuels will be required to produce clean fuel at the scale that’s needed.

Similar to the emergence of early global markets for solar and wind power in the past, we are in the next wave now, with hydrogen as the catalyst and countries like Japan, the U.S., the U.K., France and Germany as the early innovation hubs or “Hydrogen Valleys.” Japan has about 100 hydrogen fueling stations and the government plans to build 300 more by 2026. Europe has about 136 hydrogen refueling stations, with 840 more expected by 2025.

The hydrogen economy still faces challenges. A lack of refueling infrastructure, including public refueling stations for vehicles and equipment needed to supply those stations with compressed hydrogen, has prevented wider adoption of hydrogen fuel-cell vehicles. More government support – in the form of policies and incentives that support large-scale deployment of clean hydrogen – is also needed to provide the confidence that companies need to develop, use and scale up hydrogen-fueled vehicles, power generators and other equipment. Increased government support and recognition of advanced waste-to-hydrogen technologies as an important part of meeting clean-energy goals is happening in some areas of the world, such as Japan, Germany and California, but needs to accelerate and happen at a national scale for the world’s large energy consumers, in order to spur large-scale adoption.

As we transition from fossil fuels, we should take a holistic view of the environment and our economy. When we think about addressing the climate crisis with clean energy, we should not overlook the waste market, which is also poised for change. This is especially true in the United States, which is among the largest producers of MSW, plastic, food and hazardous waste per capita in the world.

MSW landfills are the third-largest source of human-related methane emissions in the U.S., accounting for about 14% of methane emissions, according to the EPA. Methane has 84 times the global warming potential of carbon dioxide over 20 years, according to the IPCC. The U.S. generates nearly 268 million tons of municipal solid waste per year, more than 13% of which is plastics.

The U.S. has the potential to generate 1 billion tons of dry biomass per year – much of it solid waste, forestry residue and agricultural byproducts – that could be used to produce clean energy, according to a 2016 report by the U.S. Department of Energy and Oak Ridge National Laboratory. That’s enough to produce 50 million tons of renewable hydrogen per year, which contains enough energy to replace 90% of all the gasoline consumed in the U.S. per year – about 3.4 billion barrels annually, or 9.27 million barrels a day.

Jean-Louis Kindler is CEO of Ways2H, a developer of waste-to-hydrogen production facilities. He is a member of the California Hydrogen Business Council and the California Stationary Fuel Cell Collaborative.