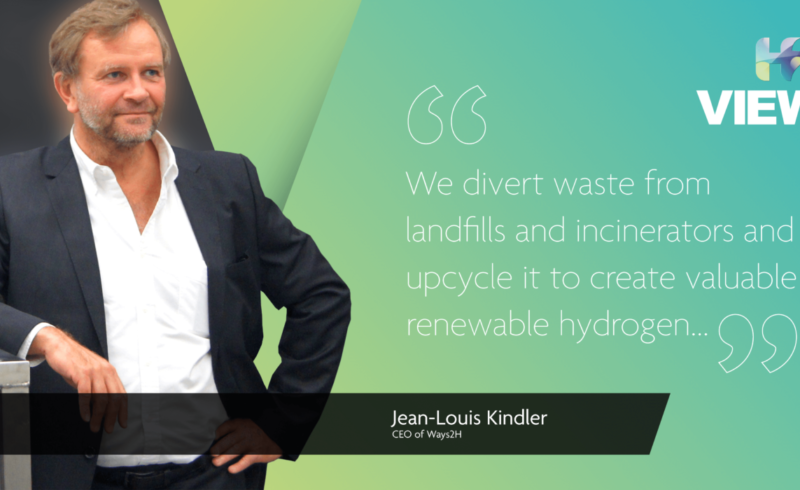 We are committed to cleaning up our planet! From waste to hydrogen with little to no harmful emissions. Read more about us in our exclusive interview with Molly Burgess of H2View.

Improving the environment while producing hydrogen

Climate change and the steps that need to be made in order to create a ‘greener’ planet are some of the biggest talking points today among industry, governments and the public.

Many recently launched strategies, goals and consortiums have recognised an array of necessary changes for decarbonisation and the role hydrogen can play in those changes.

Based in California, Ways2H is one of those companies committed to cleaning up the planet with its new technology which turns waste into hydrogen.

Formed in 2019 as a joint venture between Clean Energy Enterprises and Japan Blue Energy Corporation (JBEC), Ways2H has a goal to globally commercialise a non-incineration approach to extracting hydrogen from waste streams.

The company uses a thermo-chemical process which is more efficient and stable than traditional gasification technology and does not incinerate the feedstock (raw waste stream), so it can create a much cleaner end product (hydrogen) without the hazardous emissions resulting from the partial incineration.

“Our closed-loop process, initially developed by our partner JBEC, over the past 20 years, produces at least twice as much energy as incineration in a much more reliable and controlled process,” Jean-Louis Kindler, CEO of Ways2H tells H2 View in an exclusive interview.

“Unlike traditional synthetic gasification, our process can handle the world’s worst waste such a municipal solid waste, plastics and even medical refuse.”

The company has developed a transportable version of its solution that fits in three twenty-foot containers stacked on top of each other and can process one metric tonne of feedstock per day, producing 50 kilogrammes of hydrogen per day.

“This modular system can be used as a demonstration unit, but also as a fully commercial application, for emergency relief (after a hurricane or a tsunami), or for on-site remediation of organic pollutants.”

“Our standard design for the first commercial units is an eight-metric tonne per day processing capacity, to produce approximately 400 kilogrammes of hydrogen per day – the equivalent to fuelling 80 fuel cell cars.”

“But we can scale that up or down depending on the needs of the end user.”

So, what can the produced hydrogen be used for? According to Kindler, whatever the customers requires it for as long as the feedstock is chemically organic, which means this it contains carbon and hydrogen.

“The clean energy industry is now expanding to include renewable hydrogen for fuel cell vehicles and electric generation.”

A road to a greener planet

Ways2H recognises some of the global issues of today and pioneers its technology as a key part of making a change.

“Plastic waste is increasingly ending up in our oceans and waterways. Carbon from landfill ends up as methane, which is 30x more potent than carbon dioxide.”

“So, there’s a real need to address these waste streams which we’re able to do by upcycling them into valuable hydrogen to fuel vehicles and power the electric grid.”

“We divert waste from landfills and incinerators and upcycle it to create valuable renewable hydrogen for fuel cell zero emission vehicles.”

“To dramatically reduce both waste and emissions, we need every economically feasible and environmentally sustainable path to generating more energy and fuel.”

“Just as we watched early global markets for clean energy and electricity emerge in the past, we are in the next wave, now with hydrogen as the catalyst and countries like Japan, the US, the UK, France and Germany as the early innovation hubs or Hydrogen Valleys.”

“We are targeting these Hydrogen Valley clusters to build our onsite projects to extract hydrogen for vehicles and electricity from the world’s worst waste without incineration.”

How is California Creating a Hydrogen Economy?