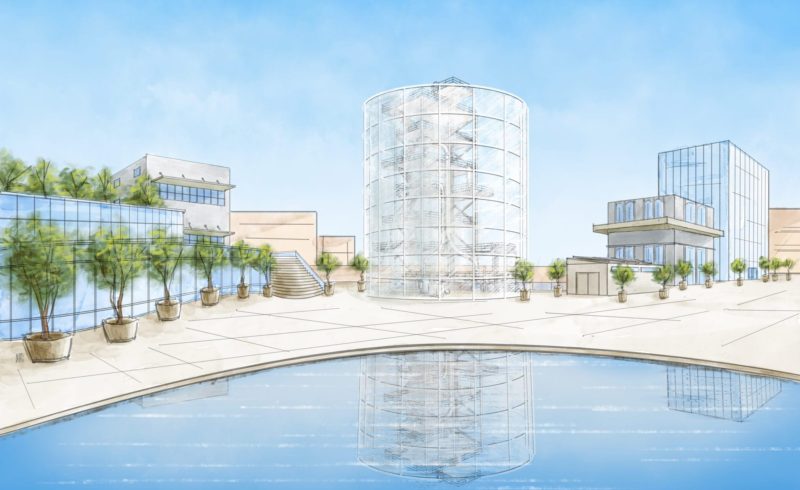 Read more about our joint efforts with Ford, Bacon & Davis in this Power Magazine article by Darrell Proctor.

A California company that produces renewable hydrogen has joined with a Louisiana construction group on a project to build a modular waste-to-hydrogen production facility.

Ways2H, based in Long Beach, California, and Ford, Bacon & Davis, a Baton Rouge, Louisiana-based engineering, procurement, and construction firm, on June 30 announced a joint effort to design and build a California facility by the end of 2020, “with a pipeline of additional projects to follow in 2021.”

The companies on Tuesday said the California project will be the first U.S. modular waste-to-hydrogen production facility; Ways2H also has a project underway in Japan. The companies said they will produce renewable hydrogen fuel for the power generation and transportation sectors, while offering alternative disposal options for waste processing and waste disposal companies.

Hydrogen From a Renewable Resource

Jean-Louis Kindler, CEO of Ways2H, in a June 29 interview with POWER said his company wants “to demonstrate and to show that it is possible to produce hydrogen out of a renewable resource right where it is needed.” The California project is sited in Kern County, between San Francisco and Los Angeles. He said the company is still deciding whether to focus the facility on “paper and plastic waste,” or on the “usual municipal solid waste.”

The California project will be Ways2H’s second transportable, modular waste-to-hydrogen unit, after the company completes work on its first such commercial modular project in Japan with JBEC. That project was originally planned for deployment in conjunction with the now-postponed Tokyo Olympic Games. Kindler said the Japan project is now expected to come online in November at a wastewater treatment plant, with the California plant online soon after.

“We had the plan to build exactly the same unit, based on the initial validations of the unit in Japan,” Kindler said. “Because of the COVID pandemic, we have been delayed, so now we are building the units at the same time.”

Said Kindler: “In both cases, it is a standalone, transportable version of our process. The only question is what feedstock will be used [in California].” He said the Japan facility at a wastewater plant will use “activated sludge,” a technology known and used in several effluent treatment systems. The activated sludge system is an aerobic biological process.

“Right now for this first unit, we are investing about a million dollars,” Kindler said. “We expect to significantly reduce that price when it becomes commercialized. It’s modular because we want to be able to produce these things like you would produce a generator.”

“We’re excited to work with Ways2H to commercialize a new generation of biomass-to-renewable hydrogen projects,” said John Brabender, vice president of business development at Ford, Bacon & Davis. “We have a history of renewable energy projects and commercialization of new technologies, such as biomass to chemicals, solar power, and carbon sequestration, and we see big opportunities for new renewable hydrogen technology.”

The first California waste-to-hydrogen production unit will be transportable. It is sized to fit in three 20-foot containers, processing one ton of waste daily, and producing 40 to 50 kilograms of hydrogen per day.

Kindler said, “Our goal is to​ improve the global environment by producing carbon-negative hydrogen, while offering sustainable waste disposal. This collaboration with Ford, Bacon & Davis will help us achieve those goals, while supplying the United States with another clean fuel and power option to meet growing demand.”

Kindler said the Ways2H process has a net zero-carbon footprint and a negative-carbon footprint when paired with carbon capture and storage​. The process, which does not burn or incinerate waste, is a new solution for the global solid waste management market, valued at more than $400 billion. The hydrogen economy, which is growing rapidly, is expected to reach $2.5 trillion by 2050.

“We have no intention of operating these systems by ourselves,” Kindler said. “Our job is to engineer, build and sell the systems, and possibly establish partnerships with trash haulers. For trash haulers, it gives them the opportunity to become operators and be part of the hydrogen economy. The key is producing renewable hydrogen, that could be used for fuel cell [powered] vehicles.”

Kindler said his company could produce “white hydrogen,” because the company’s process, which uses very high temperatures to turn waste plastics, wood, rubber and other biomass into gas and a carbon solid, can be used to sequester carbon dioxide and store it underground.

“Our systems, because we have a renewable source that is not electricity, but a renewable carbon-loaded source, could potentially be truly carbon-negative, when connected to a carbon sequestration system,” Kindler said. “It’s a negative sum. We take the CO2 out of the air, and put it back underground where it belongs.”

Kindler said the company has “chosen to focus on small- to medium-scale solutions. We believe in decentralized solutions, for waste management and for hydrogen production. Hydrogen is a difficult thing to handle in terms of logistics. We see microgrids happening, and we see a general trend in power and water treatment, going out of the centralized model to something that’s more local, easier to maintain and easier to finance, where we’re not talking about projects of several hundred million dollars.

“Our goal is to structure the company so that we will be able to [build] more than 10 plants a year,” Kindler said. “One reason I think incinerators have such bad press today, some were built 20, 30, 40 years ago, and what’s going into incinerators now is not what they were designed for … we need solutions that are more flexible.”

Hydrogen from Waste, The Ways2H Solution.

Is This The Best Way To Produce Cheap Hydrogen?