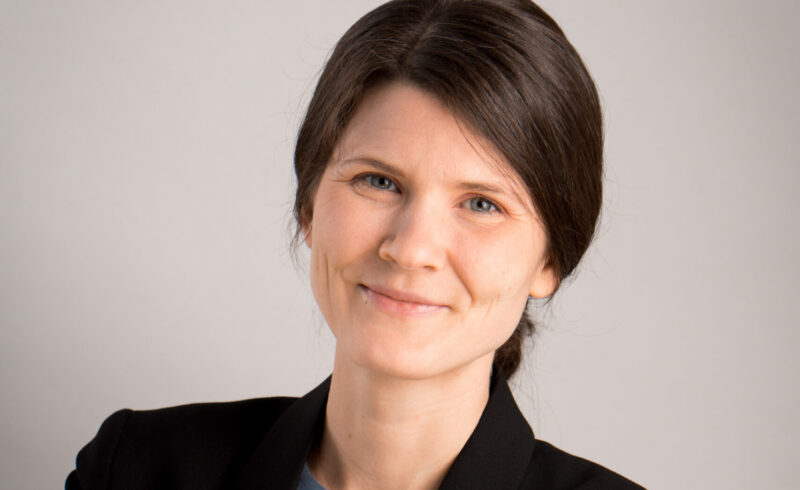 Exclusive interview for H2 View with our CTO, Angelica Gyllen.

In the current hydrogen climate, waste-to-hydrogen technology is revolutionising not only the production of hydrogen but also reducing pollution around the world. By extracting various waste products, such as plastics, sewage and municipal solid waste, polluters in contemporary society now have a new purpose.

One such company that is transforming this innovate waste-to-hydrogen market is Ways2H, a Californian company with ongoing projects and developments across the world. Most recently, in March, Ways2H contributed to a new sewage-to-hydrogen plant that was built in collaboration with Japan Blue Energy Co. at the Sunamachi Water Reclamation Centre in Tokyo.

H2 View last spoke with Ways2H in March 2020 and discussed the ways in which the company is improving the environment with its CEO Jean-Louis Kindler. Just over 12 months on, we caught up with Ways2H’s Chief Technology Officer, Angelica Gyllén, to find out what the company has been up to, its technology and uniquely what it is like working in a male dominated industry.

“This last year we’ve been working hard with our first two units – one is actually already on site, under commissioning in Tokyo at the Sunamachi Water Reclamation Centre and the other is still under production in California, set to be commissioned in the third quarter.” Gyllén says.

“The units in both Tokyo and California are our smallest unit size and can produce 40 to 50kg of hydrogen per day with it fitting into three 20ft stacked containers.

“We also have larger units that can process eight to 48 tonnes of waste feedstock per day and currently we’re developing a larger waste to hydrogen plant in the French Caribbean that will be a 24 tonne per day system.”

The expansion of Ways2H’s projects perfectly resembles the rapid growth in the hydrogen market with the company at the forefront of international hydrogen production and looking to spearhead this waste-to-hydrogen sector. The technology that the company has developed is crucial to this.

Gyllén explains, “Any waste that contains organic content, including, municipal solid waste, any type of plastics, sewage sludge or agricultural waste, forest waste or biomass can be broken down by indirect heating and to its basic molecular components.

“Synthetic gas is produced, and we take that gas, upgrade it and clean it to separate out the hydrogen.

“We take the waste with the feedstock and we heat it up so that we extract all the gaseous compounds off the waste. Then the solid residue contains extra char and ash, we use that char and the carbon-based compounds for the heat generation process.”

Clearly this technology is a popular innovation with several plants being development across the world. As previously stated, Ways2H is developing a similar project to the Tokyo waste-to-hydrogen facility in California. However, the company also has deep interests in Europe and North America and are exploring potential opportunities in this region.

“I’m from Sweden and our CEO is from France. We both live in California so it’s quite natural that our priority markets are Europe and North America. We are also looking at opportunities globally and we do see a lot of interest coming from Asia as well.” Gyllén says.

Perhaps the most astounding factor of this technology is that is tackling several environmental issues at once, as Gyllén passionately explains, “The elegance in our solution is that we can contribute to meeting the need of clean energy at the same time as we are providing a sustainable option for waste management.

“Most of the waste in the world is going to landfills and it’s both controlled and completely uncontrolled landfills and with awareness for leakage into the environment from landfills such as methane. It’s becoming more and more difficult to open landfills.

“Waste management is becoming a more important issue and at the same time, we have the climate change and we’re already seeing effects of that.”

Of course, the expansion of Ways2H’s operations is solely down to the rapid expansion of the current hydrogen market around the world. With an increased demand and the amount of national strategies implementing hydrogen, finding alternate methods to produce hydrogen is essential.

“There are other options, such as electrolysis, but we see that waste to hydrogen will play a major role because, for example, the University of California Irvine has identified pathways for important renewable hydrogen supply.

“The trajectory is that by 2040, half of the supply will come from thermal chemical pathways and that is where we fit in. Our technology does not only supply renewable hydrogen, but with carbon capture and storage in the future, we will also have the potential to be carbon negative and contribute to negative emissions of CO2.”

Gyllén also told H2 View more about her breakout into the hydrogen industry and what it is like to work within a sector that is predominantly male-orientated.

“I did my PhD on waste management and working with emerging technologies to make waste management more sustainable. I’m very passionate about finding pathways and solutions where we can see waste as a valuable resource and extract products from it,” she says.

“When I found Ways2H, that was the perfect match for me, finding a company that actually works with waste and is making something very valuable from it.”

Speaking about working in a male dominated industry, Gyllén states, “I chose a pathway in my career early on that’s very male dominated. I’ve been working on the combustion and gasification engineering space which, at the academic level, it’s dominated by male professors and seniors and at the same time, much of my research was out in the utility industry power plants and so on.

“I’m used to being surrounded by men and working with men and I’ve made myself comfortable with that. With that said, I’ve always felt that there is an overwhelming support from women and these types of fields to support each other.”

Gyllén highlights how many women in the industry support each other too, “I’ve joined several groups with women to network and support each other in the hydrogen space. When I joined Ways2H I had the privilege to work with a company that has women in leadership positions.

“So far I can only say that it’s been very enjoyable.”