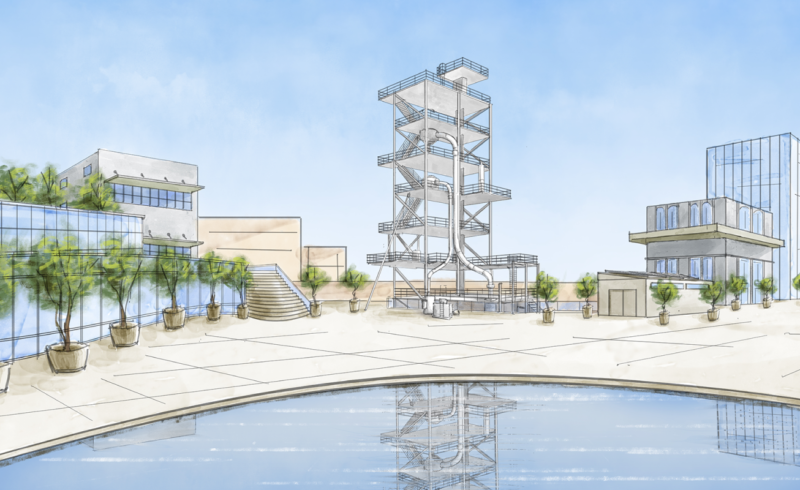 Informative article by Arlene Karidis at Waste 360 about our advanced technology to produce renewable hydrogen fuel from waste.

Engineering and production company Ways2H is commercializing a gasification technology developed by Japan Blue Energy Co. (JBEC) to process waste and extract hydrogen for transportation fuel or for electricity. One project is up and running and another is soon to launch, while the partners are simultaneously targeting multiple markets moving forward, including wastewater treatment plants, hotels and hospitals. Ways2H is also reaching out to waste haulers and waste processors who have no output for hard-to-recycle materials.

The project under development is a small, transportable system, which is a version of a larger system that now operates in Joso, Japan; the Joso system can handle 6 tons of solid waste per day and produce 300 kilograms (kg) of hydrogen.

The specific location of the upcoming project has not been announced, though it will be delivered to a plant in Tokyo in November 2020, where sludge will be converted to syngas and further refined, with the hydrogen extracted for fuel, according to Ways2H.

Ways2H is also in discussions with a potential client in California – a health care facility –to see how the company could deploy its system.  Medical waste would be converted to hydrogen to partially power the facility’s operations.The California unit could handle 1 ton per day of dry waste and generate 40 to 50 kg of hydrogen over 24 hours. The system could generate 960 kilowatt-hours over 24 hours, which is enough to power an average U.S. home for a month.

Distinguishing the technology from other gasification systems, Jean-Louis Kindler, CEO of Ways2H, says with conventional gasification, a fraction of the waste is burnedin a reactor to generate heat, and when the process is leveraged for municipal solid waste, due tothematerials’varying energy values, temperatures in the gasifier are inconsistent, which can cause overheating. “It’s hard to adjust in this scenario, but our system isdifferent. We do not burn the waste. It heats to a high temperature, and ceramic heat carriers help ensure even heating,” says Kindler.

These heat carriers are placed in a vessel where they are mixed with biomass feedstock. Heat from the carriers evaporates and turns the solid waste into 80 percent gas and 20 percent char, with the char used to generate heat in the gasification process.

“Our system is self-balancing meaning the reaction temperature and process are more stable,” says Naoki Dowaki, JBEC president. In addition, because what we burn is pure carbon our system has less emissions and less polluting compared to conventional gasification.”

Among Ways2H self-reported emissions calculations, based on measurements at four pilots are:

Additionally, the technology reduces energy consumption by 60 percent compared to incineration, say the partners. They tout another feature: the ability to operate small systems—smaller than typical gasification projects— allowing for installations at the generator’s site such as the one they hope to launch at a California health care facility.

“This could address two issues for hospitals: the waste problem and the need for dependable, uninterrupted power generation,” says Kindler.

“Medical waste is a major issue in the U.S. and costly to handle. So, we are looking at processing red bag waste, including paper, needles and other supplies and materials that go into red bags,” saysKindler.

The plan is also to market to private waste processing companies, who as with other potential clients would be able to buy the technology and or contract to have it operated for them.

Currently, Ways2H says it is talking to a recycling company in California that had been sending plastic to China but since that country’s crackdown on exports, it has been transporting excess to a remote landfill.

“We are discussing a solution where we could mix waste paper, including with ink, and waste plastic they normally send to landfill to save costs and so they can make hydrogen on site. This is the kind of business model we will market,” says Kindler.

To date, JBEC has completed four pilots in Japan. In addition to the one at the wastewater treatment plant in Joso, the tech company did pilots in Anan and Izumo, which entailed processing construction waste that was a mix of wood and plastics with traces of metals. The other pilot was in Shibukawa, which processed biomass and other solid waste.